You may be interested to know that many generations of relatives have been involved in the hunt. The image to the right show all the people (highlighted in yellow) that are related.

Spanning over 200 years, the oak island mystery has had hundreds of people involved either directly as treasure hunters or theorized players. 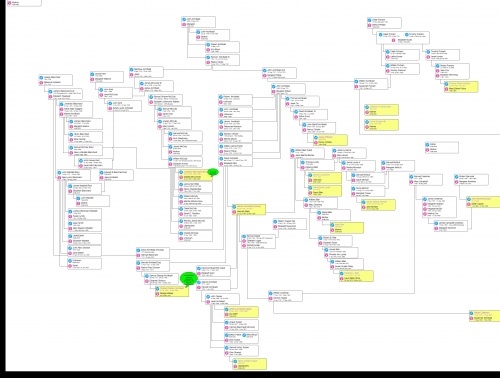 In the interest of standardization, please adhere to the following groups when linking to pages with additional information about these people

Quick Links to some of the more common groups of people